How to Experience the Japanese Tea Ceremony Like an Expert

What you need to know to experience the Japanese Tea Ceremony (the Way of Tea):

I walked across a manicured, stone-paved garden – chaniwa – towards a wooden Japanese teahouse – washitsu – nestled amongst shrubs and bamboo fences.

I revered the stone lanterns huddled by the ferns and mosses. The teahouse had wooden sliding doors covered with paper. I was told to kneel down and bow in front of the doors before opening them. There was a sill between the inside and the outside of the teahouse. I was told to stride over it and be careful not to step on it.

The room was sparsely decorated. There were plain mats on the floor.

A scroll was on the wall and a flower arrangement placed next to it.

A small stove sat in the middle of the room and some utensils were in the corner. The Message on the Scroll

I was told that the message on the scroll was carefully selected by my host for today’s tea ceremony to reflect the mood. I was asked to spend a moment appreciating it. It said: “A once in a lifetime encounter.” And, at that instant I had an “aha” insight – that “aha” discovery. It is so that I often find myself concerned so much with the future that I forget to appreciate and live in the present. But at that moment, I realized that this happenstance is special and a unique experience. And, while we may meet again, it will never be quite the same.

The Hostess of the Japanese Tea Ceremony

My hostess, dressed in a light blue kimono and her hair tied in a low chignon, stood smiling in the center of the room. She bowed and I bowed back.

Bowing is an important thing in Japan. Japanese bow when they want to express the feeling of “thank you” or “sorry” or “welcome.” You can learn a lot from each bow. The most polite is shin bow – you bend your body around 45 degrees and you bow from your heart. The second is gyo – it is about 30 degrees bow and the easiest is so – you bend your body about 15 degrees.

Breathing is part of bowing, each bow is a breath.

It must be calm and calculated, otherwise it becomes a nervous nodding. I was invited to sit down or, rather, kneel down. I was told to put my waist lightly on my heels and open the tops of my knees a little. ‘The way of tea’ ceremony was about to start.

The Way of Tea

The Japanese Tea Ceremony called chado (cha – means tea, do – means the way or the path, hence the way of tea) is not about drinking tea, it is about the aesthetics that go into making it happen. It is about welcoming the guest and showing them the beauty of making the tea.

The defined movements of tea preparation are intended to consume all of the guests’ attention. Every movement is predetermined and has been practiced many times before.

They are carefully memorized according to the procedure of making tea written down by Sen no Rikyu (1522-1591), the great tea master. He systematized the order of movements, standardized the size of the room and made uniform the tea utensils. Sen no Rikyu emphasized the spiritual side of making tea. It was a way to attain a spiritual state of selflessness and peacefulness, leading towards a state of enlightenment. He connected the idea and practice of Zen to the practice of tea. He called it Cha-Zen; Zen and tea as a unified whole.

My hostess presented me with two confectioneries or kashi; one was pink flower made out of sugar and the other was a sweet, pounded rice-and-bean paste. She instructed me to eat them first before drinking tea. The Beauty of Making Tea

My hostess brought all the utensils and started placing them around the stove. Her movements were elegant but no part of this graceful sequence was arbitrary. She started by making fire in the stove and boiling the water.

Then she used chakin – a rectangular cloth and started wiping all the implements. It seemed like she was acknowledging each item and placing it in its designated spot.

She used the dipper to take the water from the tea pot and transfer it into the vessel where the tea was made.

Each of her movements was deliberate and I was consumed with watching how she was holding the dipper, where she placed it, which direction the handle was pointing.

I noticed that it never sat on the floor. It was always resting on something else. Next, she used a wooden spoon and scooped up some powdered tea from natsume – a rectangular container which held the tea. She slowly dropped the tea into the tea cup and poured the water.

Following, she used a bamboo whisk to mix the tea with water, creating a foamy and frothy green mixture. The Appreciation of the Japanese Tea Ceremony

When the cup with tea was placed in front of me, I was instructed to position my right hand at 3 o’clock mark and my left hand underneath it.

I doggedly cradled the cup in my hands.

I was told to take the time to appreciate the painting on the cup. It was a simple picture of a few flowers.

My hostess carefully chose that cup for me and I was obligated to acknowledge her selection by admiring the painting. Because I was not supposed to put my mouth on the painting, I was told to turn the cup 180 degrees to have the flowers facing out.

I brought the cup slowly to my lips and tilted it back and took the first sip.

The tea tasted bitter but the previously eaten desserts helped to lighten the palate. I took another good sip and swallowed the tea. The room felt cozy and I had the sense of calm. One more sip and exhaled all my stress.

Once in a Lifetime Experience

I was told to take the last sip and slurp audibly to let my hostess know that I was finished and that I enjoyed the tea. My hostess showed me how to wipe the place where I drank with my right thumb and index finger. I followed the instructions and turned the cup so that the painting of the flowers was facing me. I looked at the flowers one last time and reminded myself that it was a once in a lifetime experience.

When I returned the cup to the floor, I was told to turn the cup so that the painting faced the hostess. My hostess started to put all the tools back to their starting places as if she was resetting a chess board for a new game.

The carefully orchestrated dance was over and the participants were being returned to their place of rest.

The Japanese Tea Ceremony was over. Tea is quintessentially Japanese. Yet, it did not originate in Japan. It was first introduced to Japan from China in the 700’s.

During the Nara Period (710-794), tea was a luxury product available only in small amounts to priests and noblemen as a medicinal beverage.

Around the beginning of the Kamakura Period (1192-1333), Eisai, the founder of Japanese Zen Buddhism brought the custom of making tea from powdered leaves from China.

During the Muromachi Period (1333-1573), tea gained popularity among people of all social classes. People gathered in big tea-drinking parties and played a guessing game trying to conjecture the name of tea and where it came from. Collecting and showing off prized tea utensils was also popular among the affluent.

The Japanese Tea Ceremony sums up the careful and attentive Japanese approach to things: when nothing is left to chance, hence everything is the result of perfect calculation.

Another true Japanese experience is to soak in an onsen or hot springs. But have you ever heard of a beer onsen? Find out how to bathe in beer at this super cool Japanese hotel. 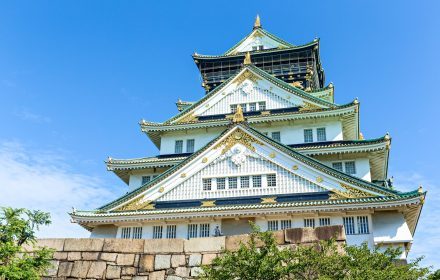 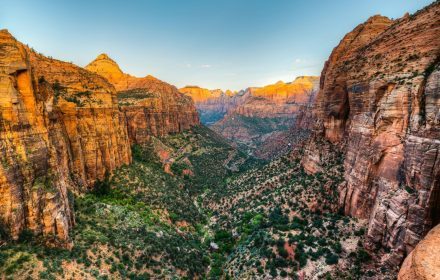 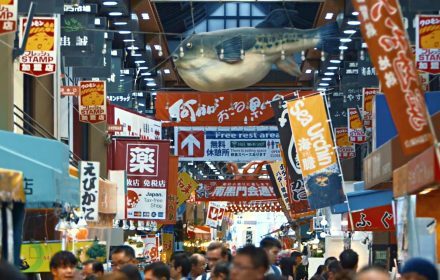