Wellcome Collection is one of those gems that you always hope to find while traveling. It describes itself as a “destination for the incurably curious”.

And if your curiosity is incurable, you have found the goldmine.

Permanent Exhibit at the Wellcome Collection

Medicine Man is one of the permanent exhibits at the Wellcome Collection. It is not for the squeamish or prudish but rather for those who are curious and want to explore the connections between science, medicine, life, art and our place in the world.

The Founder of the Wellcome Collection

Next time you pop in some medicine pills in your mouth, thank Henry Wellcome, the inventor of the medicine in the tablet form (pill), the founder of the museum and the library, a passionate and eccentric collector of everything to do with medicine and the body. His passion led him to collect more than a million objects ranging from antique skulls, body parts, fake arms and legs, drug paraphernalia, and creepy looking medical instruments, which now comprise the Wellcome Collection.

Here are some of objects that I found the most intriguing:

Napoleon Bonaparte’s glamorous silver plated horsehair toothbrush with his initials engraved in the handle. He brushed his teeth with an expensive, imported opium-based sand powder to easy any toothache.

Charles Darwin’s walking sticks made out of whalebone, a hard-wearing material suitable for walking sticks. Both have the ivory hand grip or pommel at the top. Darwin called the stick with the skull his “morituri”, a type of “memento mori” to remind their owners of the short time people live on earth.

The trephinated skull is the oldest item in the collection. It dates back to 2200-2000 BC. Since prehistoric times humans attempted to intervene beneath the skull to relive ailments or, some believed, to release evil spirits from the head.

Henry Wellcome was obsessed with masks. Half of his collection is made of masks. Some were used for exorcism rituals to defeat diseases and demons. Others to disguise tortured victims or for camouflage and decoration. But, take a look at the last mask… here is a better picture.

The Belgian Iron ‘scold’s bridle’ mask, c 1550 -1800. It was used to publically humiliate and punish, mainly women, for speaking out against authority, nagging, gossiping, or lying.

17th century anatomical model of a pregnant woman. The torso is removable to show the internal organs as well as a developed fetus. These models were used for medical teaching.

The Library and the Wellcome Kitchen

Adjoining Wellcome Collection is the Library, it is one of the major resources for the study of medical history. It is full of comfy chairs for you to sit, relax and read. It is a peaceful heaven from the hustle and bustle outside. After a day of exploring, do not forget to stop for an afternoon tea at the Wellcome Kitchen.

My favorite times to explore are Thursdays, since the place is open till 10 pm. Ah yes, it is free to enter and explore.

England Free Things to Do in London London Wellcome Collection 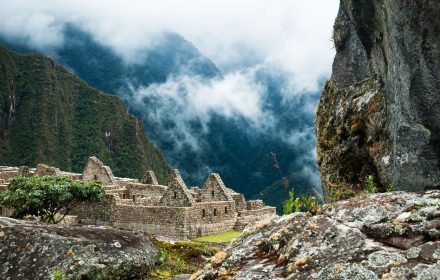 7 Best Things to Do in Aguas Calientes, Peru (Besides Machu Picchu)

Read more
Row, Row, Row Your Gondola…
Previous
The Valley of 1,000 Castles
Next